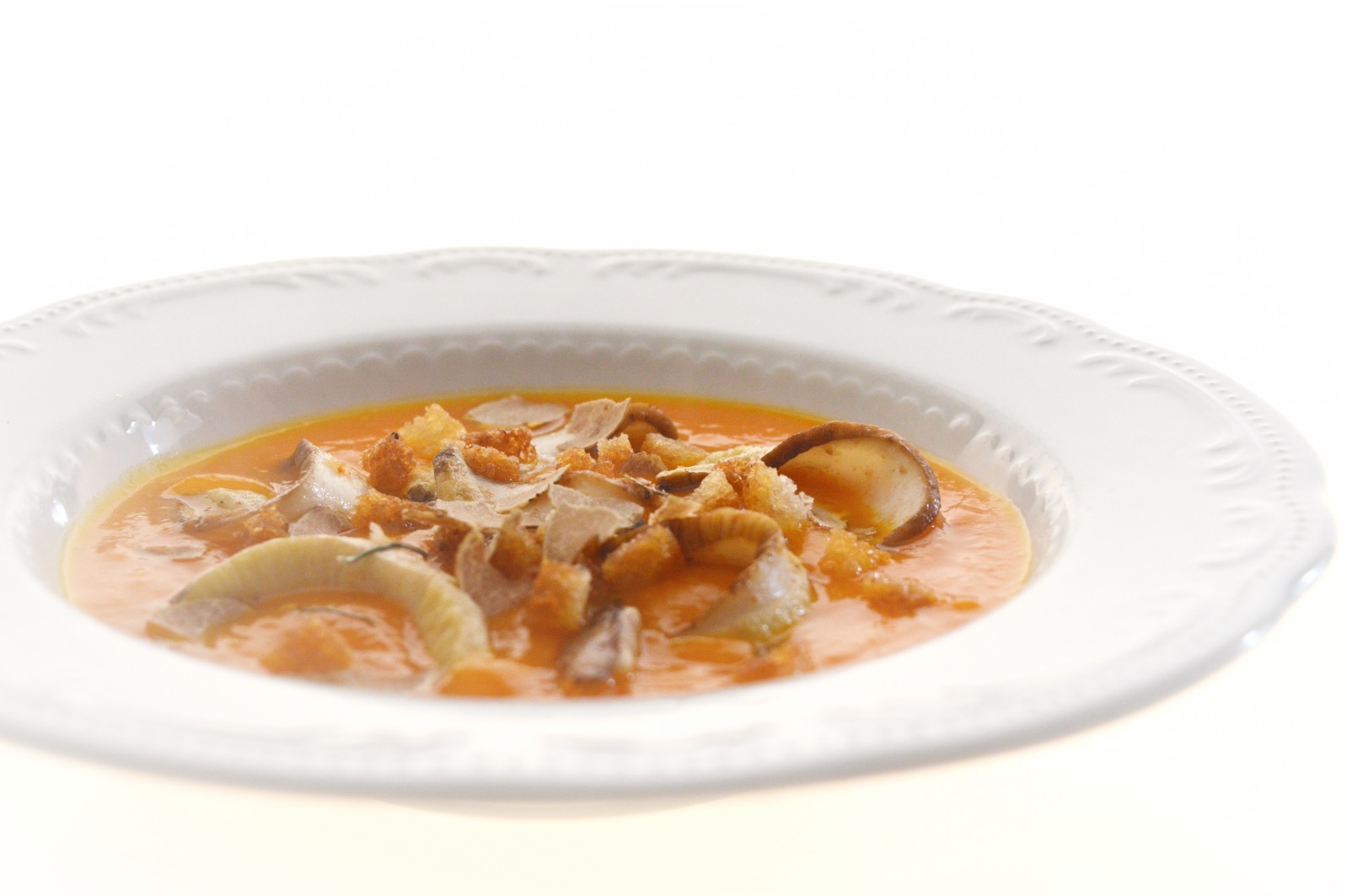 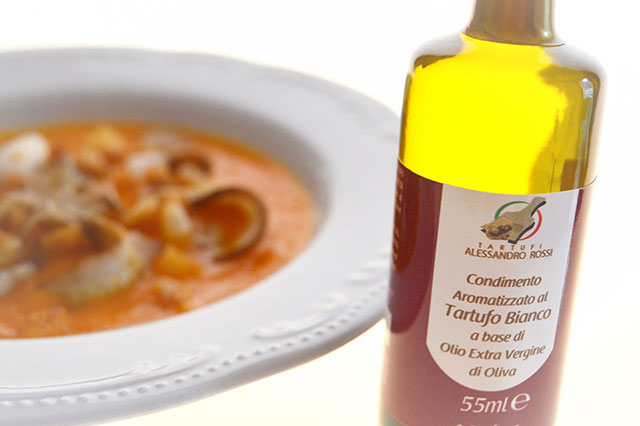 The autumn arrival brings bright colours and exciting smells to the kitchen.

Every house menu is inspired by the atmosphere and flavours of this magic season.

Pumpkin, mushrooms, Truffles are some of those products typically available during this generous season.

Tartufi Rossi Company propose a wide range of fresh and preserved […] products in order to satisfy any particular or specific request, dispatching in Italy and abroad.

Undisputed King of this period, Her Majesty the Truffle and not only.

(or G 200 of pumpkin and truffle cream of Tartufi Rossi)

Works all the ingredients with a minipimer until obtain a smooth cream.

(If you use the jar of pumpkin and truffle cream, fill it with broth at service temperature)

Use a brush to clean the Porcini mushrooms and cut them into slices.

Heat some oil in a non-stick frying pan and fry both sides of the porcini slices for few seconds, season.

Toast bread in oven at 180° for few seconds.

Arrange the pumpkin cream on a serving dish, place on it the Porcini mushrooms and the crostini bread and serve with a drizzle of truffle oil of Tartufi Rossi.

Use a white glove to shave White Truffle of Tartufi Rossi in front of client. 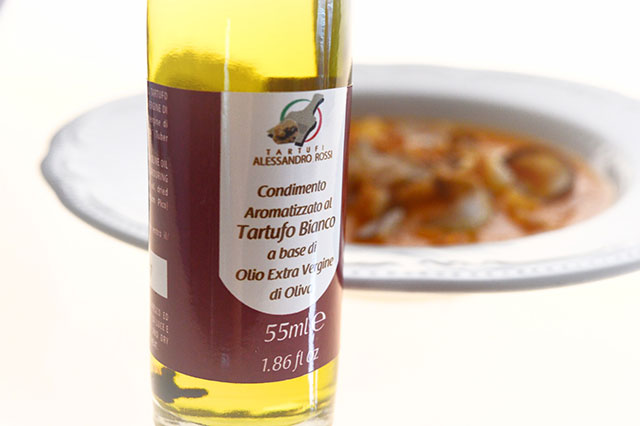 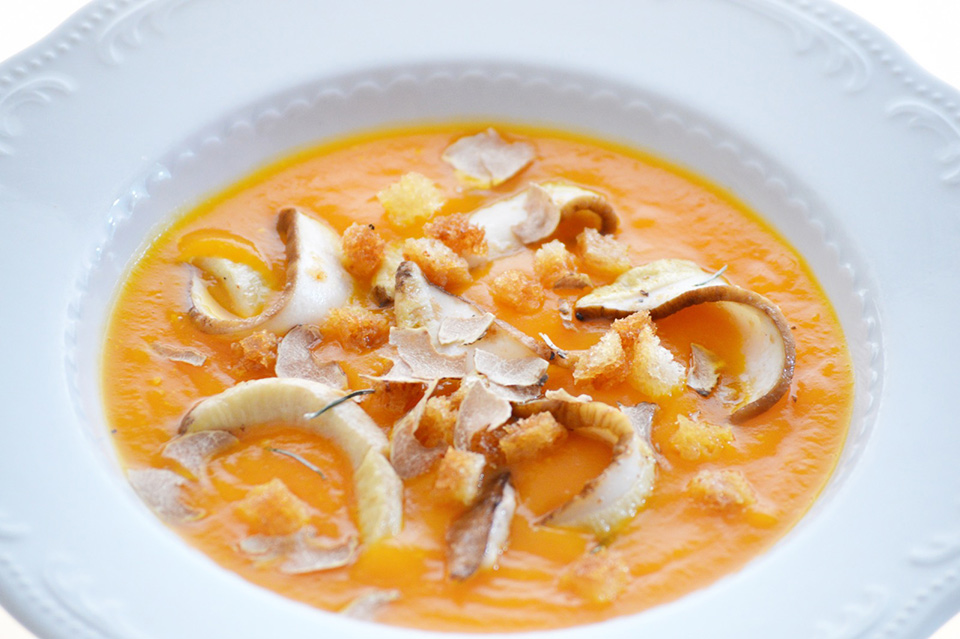